Provable Randomness: How To Test RNGs

How do you know if something is really random? When testing Random Number Generators (RNGs) for randomness you quickly run into the “is that really random” dilemma. As pattern seeking creatures, we naturally look for patterns on an ongoing basis. Like many things, randomness varies. Most of the time, pseudo-random numbers generators (PRNGs) are basically creating randomness with lots of non-random processes. 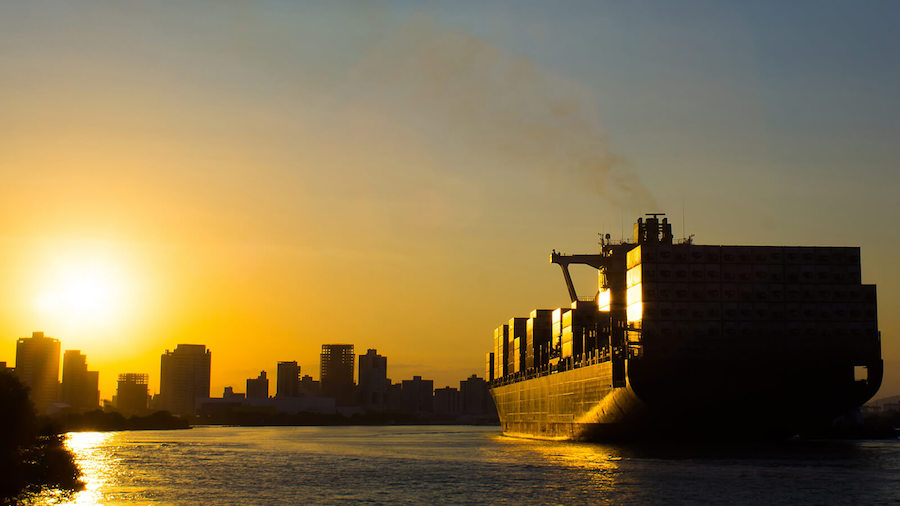 How Blockchain Will Revitalize The Fractured Global Supply Chain

We all know the conventional method goods get processed and shipped across the globe, which is moving a good from a producer to the seller and ultimately arriving at the end user. We call this process the ‘supply chain’. In actuality, this process is in fact not quite a chain at all. Its procedures may include everything from the extraction of raw materials, manufacture of goods, storing in appropriate packaging, loading to freight on board for shipping and finally delivering to the end customer.

Do you dream of becoming a successful entrepreneur who’ll change the world with your amazing ideas and make a comfortable living in the process? You’re not alone. The American Dream often is synonymous with the entrepreneurial dream. To make your dream a reality, you’ll need to work hard and possess the following seven characteristics that will help you succeed where many fail.

A Plan For Humanity 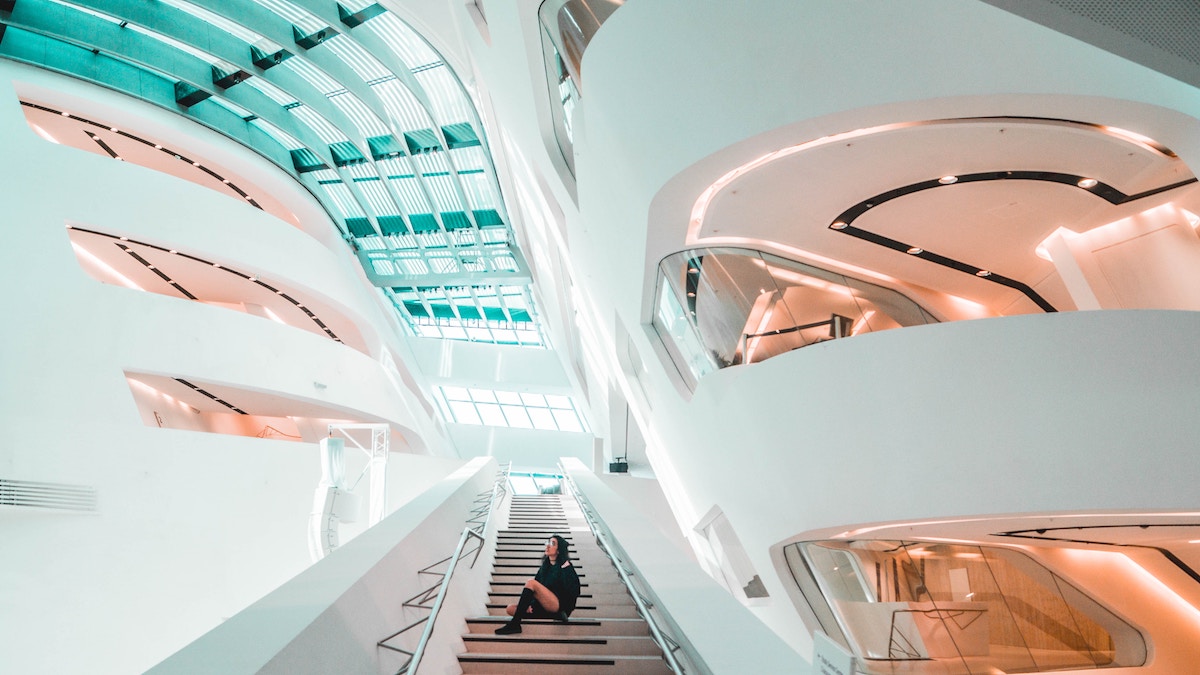 I don’t go to pools. I don’t drink margaritas. Somehow here I am, sitting at a pool with a margarita in hand, editing my 82nd draft of a plan for the future of the human race. My girlfriend is worried people might think I’m crazy. “Baby, ” she posits, “most people just want to make it through the day. Who really gives a shit whether humans survive in 200 years?” She’s kinda right. Fortunately, tequila takes the edge off. For the past decade, I’ve been obsessed with solving a problem that very few people seem

Blockchain and Publishing: Your Knowledge Is Worth Much More Than You Know…

“The ability to own, control, and monetize one’s unique expression of knowledge
is a fundamental human right.”

Your knowledge is worth something. You may not think it is valuable, but a quality piece that reflects on years of experience is often a result of direct setbacks or hardships. These assimilated experiences, when documented and distributed, can influence another person’s entire life trajectory.

Wisdom shared can help another person overcome difficulties, prevent someone from making the same costly mistakes, and elucidate an unobvious solution. This creates value for the content consumer, who is actively looking for a solution to their circumstance, whatever that may be.

Individually, the impact of a piece of content may not seem meaningful, however, compounded and at scale that value is tremendous.

The written and recorded word is powerful enough to shape nations and inspire entire generations. If it wasn’t for the recorded word, wisdom and knowledge would be insurmountably difficult to obtain and pass along. Though consumers often feel they should not have to pay for content, publishers understand the tenacity, skill, and time needed to generate a quality piece, and they are willing to pay for it.

ContentMutual.com‘s system is primarily focused on enabling publishers and syndicators to compensate creators on a permission basis to allow content to display on publisher platforms, and thus to their audience. This is often “for free,” but publications earn revenue either through subscriptions, advertising, or donations – often a combination of these monetization strategies. Publications must generate revenue to stay in business.

ContentMutual has the ability and desire to enable micro-tipping as well. Users with our browser add-on can see a special widget that will appear on syndicated pieces only if we detect the consumer is utilizing our browser tool (in production). If it is not present, the tipping widget will not display (or it may ask the user to sign up). This can enable the content creator to receive tips directly from their audiences on disparate platforms.

Consider Steemit.com. People are tipping content curators and creators for sharing quality content within that network. Now imagine that same capability decentralized from one platform, free to exist on the open wide web, instead of siloed in one online community. Our off-chain patent-pending technology enables this.

Despite the aforementioned monetization models, content creators may be happy for their content to display freely on other platforms to generate social credit. However, ask any content creator and surely they will indicate that they would love to know where on the net their content is being republished as well as metrics to understand how their content is performing. We provide these insights.

We enable content creators to control where their content exists online, for how long, for how much (free as well!), and we also provide creators an analytics suite to gain real-time visibility metrics on how their content is being consumed.

Furthermore, copyright law stipulates that content can only be reprinted with permission. Technically, anyone that is publishing content without first obtaining permission from the copyright holder is breaking the law. Our platform streamlines the permission seeking and granting process through a series of smart contracts and our smart contract composer.

We put the control of one’s copyrighted works into the hands of the creator/owner. Remember, your knowledge is worth something. You should be able to control how that knowledge affects others by controlling where it is allowed to exist and persist. It is also your right to monetize it or not. That decision is yours, not someone else’s.

We believe the ability to monetize and effectively own one’s digital assets on the web is a human right.

ContentMutual.com is currently in private beta and is invite only. If you would like an invitation, please reach out to me here.

ContentMutual.com is a SocialClimax.net collaboration. Social Climax is a social impact think tank that utilizes blockchain technology to shape society.

Remember Napster or Grokster? Both services allowed users to share computer files – usually digital music – that infringed the copyrights for those songs. Now imagine that, instead of music, you could download a physical object. Sounds like something from a sci-fi movie – push a button and there’s the item! But that scenario is already becoming a reality. With a 3D printer, someone can download a computer file, called a computer-aided design (CAD) file, that instructs the printer to make a physical, three-dimensional object.

Posted by midnightnova | Uncategorized | No Comments
In many systems, “random” numbers are supplied by algorithms called pseudo-random number generators (PRNGs) or deterministic random bit generators (DRBGs). These algorithms generate long sequences of seemingly random bits that are based on a secret initial value called a seed, and other possible inputs [1]. This approach creates the illusion of unpredictability.

In practice, however, many PRNGs exhibit design artifacts that can cause them to fail statistical tests. Such artifacts include consecutive values that are correlated and values with different lengths. Moreover, because the outputs are determined solely by the input values, an attacker who knows the algorithm and the seed can calculate or even reproduce the entire sequence of output values [2].

These weaknesses lead many to believe that only numbers produced by true random number generators (TRNGs) should be used by mission-critical systems and data processing applications, including those that use distributed ledger technology (DLT). TRNGs, also called non-deterministic random bit generators (NRBGs), use naturally-occurring sources of entropy to generate sequences of binary digits with the following properties [3]:

TRNGs are based on the idea that true randomness can be obtained only from natural sources such as electromagnetic and quantum phenomena, essentially sources outside of man-made systems. The following are examples of natural sources:

Other TRNG implementations, called non-physical non-deterministic random bit generators, obtain entropy from sources that do not use dedicated hardware [4]. The behavior of such processes can vary considerably depending on the computer platform and other factors.

Too Good to be True

The randomness that TRNGs provide come with certain issues.

Because of these defects, some implementations of TRNGs include post-processing of the raw data. One such method is “conditioning,” which involves modifying the bit stream (scrambling the bits) to reduce bias and/or increase the entropy rate (further randomizing the bits) of the resulting output. Conditioning often takes the form of passing samples collected by the entropy source to a cryptographic hashing algorithm [13], which transforms data of various lengths to values of fixed length (often called a hash value). Hashing algorithms are one-way mathematical functions. This means that computing the hash value of a piece of data is easy, but using the same hash value to determine the original piece of data is infeasible [14].

The arguments in favor of TRNG usage are usually based on the assumption that random numbers cannot be computed because computers operate in deterministic ways — they follow a set of instructions provided by humans, executing each instruction precisely. RNGs based solely on deterministic computation cannot be regarded as “true” RNGs in the strictest sense of the word, since their output is inherently predictable if the seed values are known.

To achieve the randomness and throughput required by many real-world applications we must combine the desirable attributes of TRNGs and PRNGs. In one such hybrid approach, multiple TRNGs supply raw random numbers to an entropy pool which, in turn, provides random seed values to a cryptographically secure PRNG (CSPRNG). This CSPRNG then generates authentic random numbers that exhibit the correct statistical properties as well as significant resistance to computational attacks [12]. This is also how Unitychain’s RNGProtocol produces large quantities of unique and verifiable authentic random numbers (aRNs), with a “Proof of Randomness” report provided (more on this soon).

Intel calls RNGs that use this approach “cascade construction random number generators.” This type of RNG presents the following advantages [15]:

In our next article, we will discuss a variety of statistical tests that measure the quality of RNGs. These tests examine sample output sequences to see if they possess attributes that true random sequences are likely to exhibit. While the results are probabilistic and not definitive, the tests help detect defects in the output that attackers can use to gain information about the RNG and its future output.

[1] International Organization for Standardization. Test and analysis methods for random bit generators within ISO/IEC 19790 and ISO/IEC 15408

If you'd like to be evaluated to see if you're a good fit, feel free to...
Contact Us

Receive peer-review feedback from patrons that have worked for massive organizations like Microsoft, Google, and Amazon. Interfacing with us will help shape your vision, your positioning, and strategy.

A good future relies on the economic efficiencies generated through code-that-proves-reality. Industries will optimize around economically efficient protocols. We will support your Industry Specific Solution.

We have retained the rights to powerful, patented technologies that enable incredible capabilities. Participating in our network engenders mutual collaborations, cross-licensing, and partnerships.

The value is the network. SocialClimax.net intends to maximize value creation by strategically aligning stakeholder incentives. You will be backed, supported, and compelled to go forth boldly.